Franchise reviews importance cannot be overstated. The numbers vary depending on which surveys you consult, but one thing is clear:

These days, nearly everyone relies on online reviews to choose the company they'll use.

The power of customer reviews is such that they can lead to dramatically increased sales (some data points to a figure as high as an 18% increase)...

But they can also result in a business which crashes and burns within a very short period of time.

That's why you need to ensure that when it comes to online reviews of your franchise, you're giving prospective clients and franchisees an accurate image of your business.

Here are some points to help you do just that:

As mentioned above, the figures do change depending on which surveys you look at. But the average number given for the proportion of consumers who consult online reviews is very high indeed:

This makes them a part of doing business in the modern world that you simply cannot afford to ignore. As an experienced franchisor, you'll already be aware of this, so there's no need to belabour the point too much. But it is with mentioning at least one more time:

Online reviews are incredibly important. You need to have systems in place to handle them.

2. Fake reviews are a problem

Here's how to spot a fake online review:

There's some evidence that a fake reviews backlash is occurring, however, the proportion of consumers who rely on online reviews is definitely on the rise.

Deliberate fake reviews are far from the only problem, though...

3. There are trust issues

The problem with online reviews is often one of trust. As mentioned above, many consumers believe that online ratings are fake, or at least that some of them are.

Indeed there are many reasons to be sceptical of certain reviews, especially if they have any of the features mentioned in Point #2.

The main problem is that review sites tend to offer the possibility of badmouthing a company from a position of zero accountability, and usually complete anonymity. Even if a name is required to create an account on a review site, it's easily possible for fake information to be provided.

This makes it relatively common practice for unscrupulous competitors to leave bad reviews regarding their rivals' goods or services. This is by no means universal, but the very fact that it can and does happen leads to significant trust issues with most online reviewing systems.

The average consumer simply doesn't know whether a review is real or not.

This situation isn't helped by the fact that...

4. Not everyone cares about the review they leave

The relative ease with which a review can be written means that many consumers fire them off without really considering the ramifications of what they've said, or - of worrying importance to many businesses - the "star rating" which they've awarded to their comments.

This doesn't matter very much to most reviewers. They feel they've contributed, and their work there is done.

For the reviewed party though, the various systems in use mean that a deviation of one "star" left by a customer not really thinking about their review - or following a different rating system of what any amount of 0-5 stars means (see Point #8) - can seriously impact their business's bottom line.

Unfortunately, this is exacerbated by the fact that the circumstances in which most people are prepared to go to even the minimal effort of writing a review in are generally negative.

5. Bad reviews are easier to come by 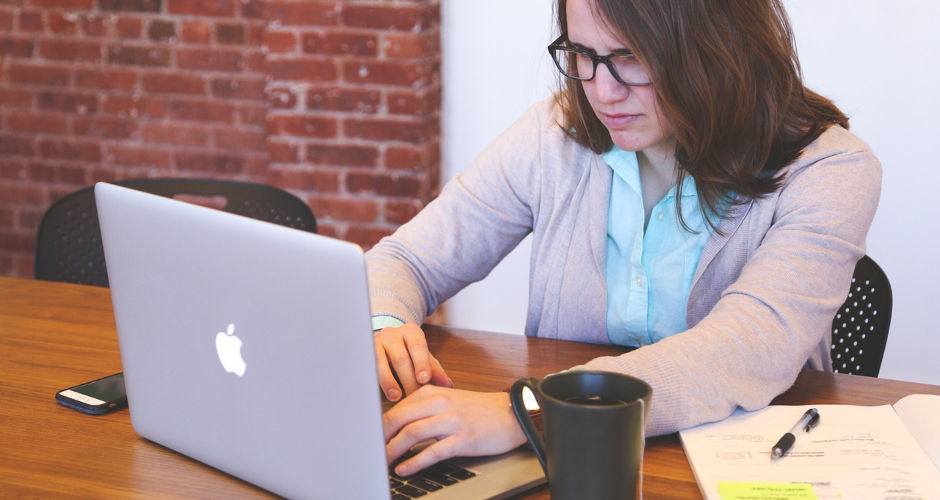 The majority of consumers will only be moved to leave a review if they had a seriously negative experience with a company.

This means you need to put work into gathering positive reviews of your franchise:

Whether you regularly invite them or not, positive organic reviews tend to arrive slowly. This is actually a relatively easy way to spot fake reviews:

If a company has somehow gathered a huge number of positive reviews in a short time, there's a high possibility that they haven't come by them honestly. Simply because it is incredibly difficult - nigh-on impossible - to do so.

6. Reviewer personality can slew a review the other way

Though many people will act to write a review only in the event that they were immensely displeased with a product or service, others will be reluctant to leave a negative review at all.

This is another way in which online reviews can be unreliable:

Because a certain kind of reviewer is usually willing to give a business the benefit of the doubt, their review again loses some of its accuracies. This is particularly the case with online review systems of sites like Airbnb, where the review is often of a private individual who could have been met in person by the reviewer.

This can lead to guilt if the reviewer wants to leave negative feedback, and potentially them inflating their score because they liked the person - even if they thought the quality of the arrangements were poor.

In fact, 63% of consumers are more likely to make a purchase from an online store which has user reviews of some kind. Increasingly, if you aren't showing what your clients think of your services, consumers begin to think you have something to hide.

7. Even one negative review can warn of a quality problem

Points #2-6 stress how easy it is to come by inaccurate or negative reviews of your franchise. But there's a lot more to be said for the danger of letting your online reviews tell a consumer that you offer low-quality services. Even if in fact you really don't.

Sometimes even one prominent bad review can be enough to seriously impact your profits. We'll look at how to deal with bad reviews a little in Point #9, but for now...

Here are some interesting recent facts and figures:

What these numbers show is this:

The quality that your reviews display will be considered by your potential customers before they make a purchase.

To anyone who knows 5-star systems of old, the logic of how to rate is usually fairly clear. Or at least it used to be:

So, three stars. That's in the middle of the rating system. Surely that's an average service?

A good example of this - or very bad example, depending on your point of view - is transport app Uber. They require their drivers to have an average review score of over 4.6 out of 5 in order to keep being counted amongst the Uber roster.

This implies that every service delivered is always above "great", ranging into "perfect". Let's leave aside the fact that in an honest review system, this seems incredibly unlikely to occur.

The main point here is this:

There is no standardisation of the 5-star rating systems currently in use.

4 stars used to mean the service or product was great. 5 stars were often reserved for those companies which went above and beyond the call of duty. So how do you know what this specific rating system is asking you for?

Consistent 4 stars could be great on another rating system - perhaps Amazon's, for example. But here consistent 4-star reviews could get an Uber driver fired from his job!

This and similar systems have turned the once relatively nuanced 5-star system into basically a positive (5) or negative (0-4) answer to the question of quality.

The problem only gets worse when you consider websites or individuals which still hold to the more sensible or traditional interpretation of this kind of rating system.

All this said, there's no reason why a bad review has to get out of hand. In fact, a properly handled bad review can be a positive boom for the online reputation of your franchise.

Here are a few dos and don'ts when responding to bad online reviews:

Because as one final point to highlight the importance of franchise reviews shows us...

10. Over 50% of young people trust online reviews more than their friends and family's experiences

Rarely has the power of online reviews been so clear.

Despite the fact that there are a huge numbers of flaws and inaccuracies in any online review system, they are becoming increasingly more popular - especially among younger consumers.

You need to understand this importance, and what can go wrong with franchise reviews, in order to keep your business at the forefront of your industry.

Franchise Reviews - The Importance of Knowing Where You Stand

Knowing all about your current online reputation is key to building a plan for improving it in the future.

Get ahead today, with a FREE report on your current online reputation - direct from the industry experts at Local Fame.

There's no cost or obligation to use a service afterwards. And you'll be positioning yourself ready to start making your online reviews tell the real story about the quality of your brand.

Find out more about the results we managed to achieve with an international franchise brand Download
Share this page:

How to Create Better Marketing Content for Blog Posts

When you’re starting a blog, it can feel like all of your digital content marketing is going to get lost in the wilds of the internet: Even partway through the last decade, there were around 130 trillion known web pages. That’s a shocking figure. It’s one which will have since shot up too. This means,…

What Digital Marketing Mistakes Your Franchise May Be Making

Whether it’s your overall online strategy or that of your latest digital marketing campaign, mistakes are easy to make: Digital marketing for a small business is different to that of a franchisee within a larger franchise. It’s important that your individual franchisees know that. As the franchise owner, you will want to make sure you…

In the eyes of your clients, your brand is your business. At a glance, your brand shows your customers what you stand for. It also serves to make you stand out from similar companies, services and products. In order to do that, your brand needs to be an easy reference guide for your clients. That…

Buying a franchise is a great way to get ahead in business – especially when it comes to marketing: After all, part of what drew you to the network you’ve decided to join will almost certainly be the strength of their brand advertising… But, while that strength is a huge advantage for you, you can’t…

Buying a franchise means you are the boss of your own business. Yet you also have many of the advantages of a much larger company… One of those advantages is how franchise marketing works: In most networks, your franchisor will provide things like national-level advertising – the sort of marketing you would never be able…